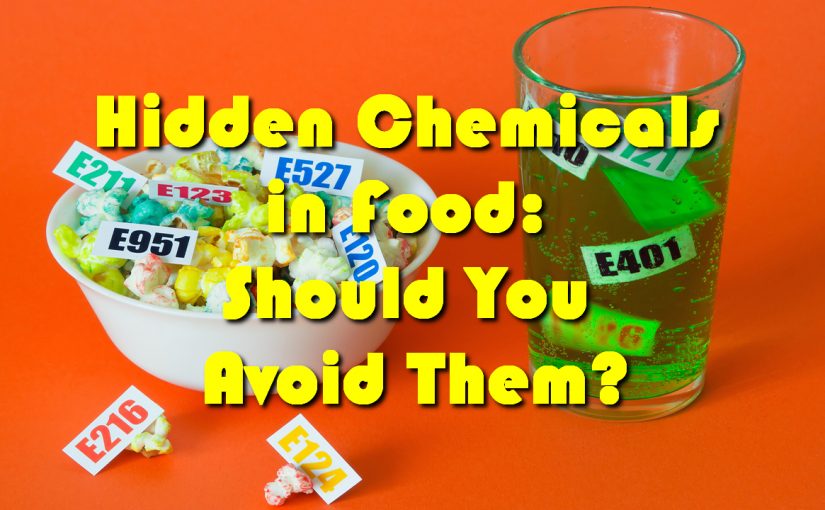 Is there any food or cereals that lack additives in this day and age? The use of additives is a common exercise by food manufacturers. The common use of chemicals and additives is to increase the shelf life of the product. Additionally, food manufacturers may use them to differentiate their products from the competition. Additives can change the taste, texture, and appearance of the product. Some of these substances might be safe for consumption and others have linked with health effects.

To help you maintain a proper diet (and possibly live a few more years), we compiled a list of the common chemicals and additives in food and which you should avoid.

Artificial food coloring is a common addition to food. It is not only used to change the appearance of food but also for sweets and other condiments. The main aim when using food coloring is to entice consumers to purchase a product. Therefore, it is associated mainly with sweet-tasting food.

The chemical has been connected with hyperactivity, especially among children. Although, this might be a factor in the children’s high metabolic rates. Since food coloring and dyes are typically found in processed foods, it is recommended to limit consumption of such food and opt more for whole foods.

The compound is used primarily as a preservative in processed meats of different kinds. It prevents the growth of bacteria but also alters the taste of the meat. Processed meat with sodium nitrate has a salty taste.

However, exposure to high heat levels leads to the decomposition of sodium nitrate. The nitrites form nitrosamine, a compound that has been associated with stomach cancer, breast cancer, and colorectal cancer. Examples of processed meat that have sodium nitrite include sausages, hot dogs, ham, and bacon. That said, it is highly suggested you keep the intake of processed meat to a minimum.

Artificial sweeteners have replaced the use of sugar in many factories and households in recent years. Its widespread use is thanks to its low-calorie content when compared to sugar. It is used in many beverages and diet foods. As a result, artificial sweeteners can help in managing blood sugar levels and also in weight loss.

This is one of the additives that have a positive effect on people. It is still recommended that you consume it in moderation.

MSG is used to enhance the flavor in many soups and dishes. Canned soups, snacks, and microwave dinners are some examples. When exposed to high levels of heat, MSG breaks down and additional amounts of sodium are added to your food. Sodium has been linked with causing blood pressure.

Sodium Benzoate is to be found in carbonated and fizzy drinks. Fruit juices, salad dressings, and condiments might also have some preservatives. Sodium benzoate’s side effect is increased hyperactivity especially in kids below the age of three to four.

Chemicals and food additives have some nasty side effects. A large amount of them can be consumed safely, especially when done in moderation. Since they are a part of our lives, we encourage you to read the ingredients of the food you buy and control the intake of these chemicals.