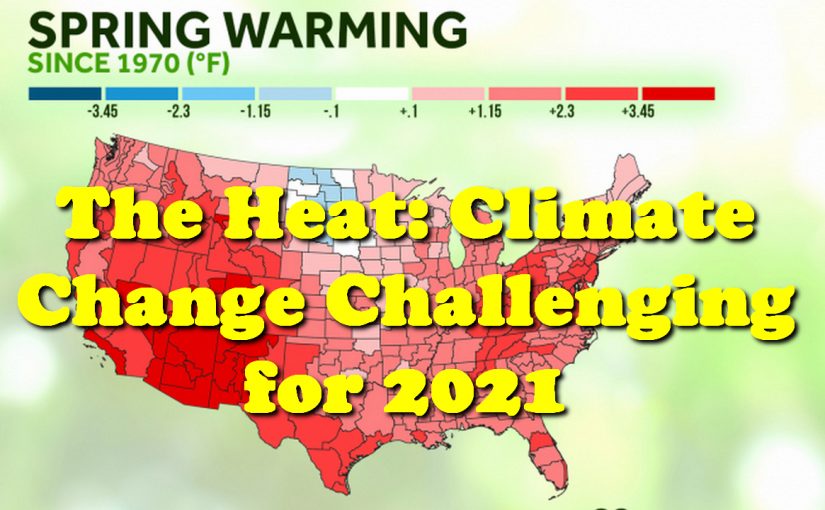 There was a time that the effects of climate change were confined to books and dystopian movies. Regulatory bodies and environmental authorities made predictions, held seminars, and made policies that would help reduce climate change. And while governments gave the nod, there wasn’t much done on the ground.

Reports around the world can now attest to the effects of climate change. Weather patterns have been changing and ice caps have been melting. Over the past two years, bush fires have been the norm in Australia, North America, and Brazil. Long dry spells in Africa have led to millions being hungry and thirsty.

2020 was recorded as one of the warmest/hottest years on record. We should prepare for even more episodes of extreme heat in 2021 across the globe. With higher temperatures, winds tend to blow at greater speeds due to differences in atmospheric pressure.

With a combination of high temperatures and strong, dry winds, countries at a high risk of getting bushfires should stay on the alert. The areas of special notice are Australia and North America (especially California). Millions of acres of forest, property, and vegetation were burned down in 2020. We should expect the same this year.

The 2012 Movie was released following a new record of Arctic ice melting. A new record was set in 2020. To add to it, the sea ice in the Arctic took longer than normal to freeze over. This is a worrying trend. It signifies that the Arctic region’s temperatures are generally on the rise. The region is melting faster than it is freezing. Come summer in 2021, it should not surprise you to see an ice-free Arctic ocean. This will be a phenomenon that has not been seen in the previous years.

The increase in the amount of water in the ocean means an increase in the sea and ocean levels. Water is lapping dangerously close to human settlements and properties. Infrastructure is being compromised increasing the level of risks to human lives.

It is unclear whether there are plans to move people away from the Coastline. Cities and authorities need to start planning on how to slow the onslaught of waves that can be quite disastrous. This may be in the form of constructing a sea wall or an artificial reef.

In 2020, there was a new precedent set during the Atlantic Hurricane season. In September, North America, especially Florida and Alabama were severely hit by Hurricane Sally. In November, Hurricane Iota and Eta ravaged Nicaragua, Guatemala, and other Central American Countries. The losses were staggering. Power was cut to millions of homes, towns were submerged, farmlands and food destroyed in the fields and hundreds died.

With climate change worsening, hurricanes are bound to become stronger and to increase in number. This means stronger winds, an increase in intensity, and heavier rains.